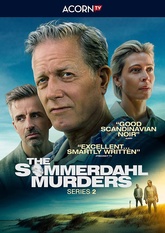 The personal and professional converge for DCI Dan Sommerdahl as he investigates murders.

Sommerdahl (Peter Mygind); his estranged wife, criminal technician Marianne (Laura Drasbæk); and his best pal and partner, Detective Flemming Torp (André Babikian). Separated after 25 years of marriage, Dan now asks for a divorce despite still being in love with Marianne. She, meanwhile, wants to rediscover herself—which gets complicated when Flemming, needing a place to stay and harboring a torch for Marianne, moves in with her. As they contend with these romantic entanglements, the trio continue to investigate murders together, including the killing of a famous musician, a chef’s assistant dead in a restaurant fire, a paralyzed patient’s demise at a nursing home, and the possible connection between a schoolteacher’s death and someone at the police station.